“ The national ideals of India are renunciation and service. Intensify her in those channels and the rest will take care of itself. ” - Swami Vivekananda 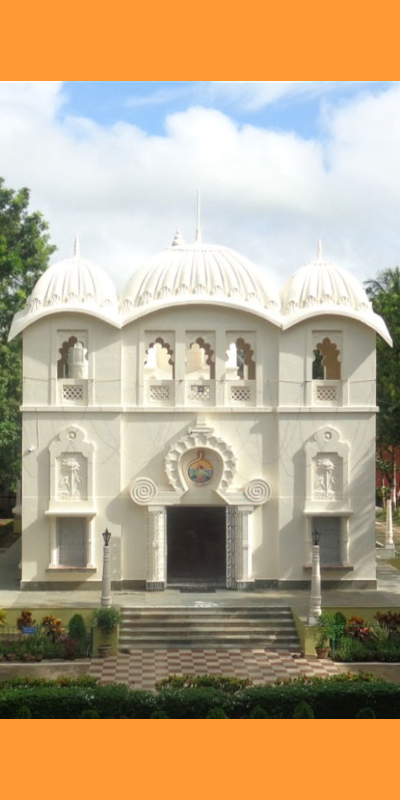 Ramakrishna Math and Ramakrishna Mission are twin organizations which form the core of a worldwide spiritual movement (known as Ramakrishna Movement or Vedanta Movement), which aims at the harmony of religions, harmony of the East and the West, harmony of the ancient and the modern , spiritual fulfillment, all-round development of human faculties, social equality, and peace for all humanity, without any distinctions of creed, caste, race or nationality.

RAMAKRISHNA MATH is a monastic order for men brought into existence by Sri Ramakrishna (1836-1886), the great saint of Bengal, who is regarded as the Prophet of the Modern Age. RAMAKRISHNA MISSION is a registered society in which monks of the Ramakrishna Math and lay devotees cooperate in conducting various types of service activities for welfare of humanity. It was founded by Sri Ramakrishna’s chief disciple and religious leader, Swami Vivekananda (1863-1902), who is regarded as ‘one of the main moulders of the modern world’, in the words of an eminent Western scholar.

The Ramakrishna Mission was registered on 4th May 1909 under the societies Registration Act (Act XXI of 1860 revised according to West Bengal Act XXVI of 1961) and its registration number is S/917 of 1909-10. The Mission is headquartered at Belur Math near Kolkata (District Howrah, West Bengal – 711202) and has branches all over India and in many other countries of the World. Excluding the Headquarters at Belur Math, there were more than 200 branches in all as at March 2018.